I often joke about what my son will be like when he is a teenager. And, because I watched a lot of teen movies in my youth, I have lots of teenage stereotypes to draw from. I tend to land on the brooding, emo kid archetype – the one who doesn’t want to talk to his parents or leave his room. 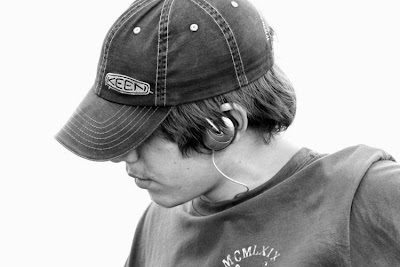 This is not realistic of the type of teenager my son will be, however. He will most likely be just like he is now, but taller and with math homework I can’t complete. While it is true that our brains go a little haywire during our teenage years, we usually come out the other side without major personality shifts.

I’m not in any rush for his teenage years. But I am trying to mentally prepare myself for it. Part of that will be remembering that he really is still my sweet kid and that he is not intentionally trying to be difficult. The science on that link claims that this is hardest for Dads to learn: Most Dads speak in terms of their teens “defying” them or trying to push their buttons. The reality is that those teens want their opinions considered in decisions.

You know….just like we wanted when we were teens.

Is there something about our parental brains that make us forget that? I don’t know. What I do know is that it is good to practice flexible thinking and take the occasional step back to recognize how much my sweet “little” kid has grown up. Because one day he will be a grown-up.

Do you ever think your child is being intentionally difficult? Tell me in the comments.

Remembering not to nag