When I was pregnant with my son, I had this thing happen where I suddenly saw pregnant women and babies everywhere – at the mall, in grocery stores, walking around the city….Logically, I knew that they had been there all along, but it wasn’t until I was one of them (among my own kind) that I started to notice them. 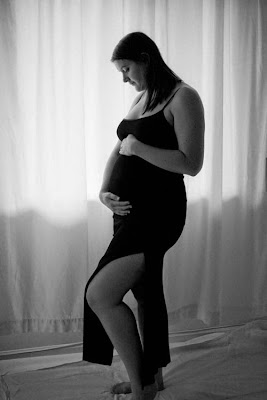 At first, I thought it was just me being not very aware of my surroundings until I had a big bump I had to figure out how to navigate through the world, but then a friend of mine at work who was also pregnant mentioned it, and I learned it was “one of those things” about pregnancy.

And there may be something to it. Because of course you can’t catch pregnancy like a virus, but you can latch onto the idea of getting pregnant – at least according to one study. Simply put: When you see your friends get pregnant, you start to think about your own child situation as well (at least within a certain age group.)

Maybe there is something to the study. Maybe not. When we are in our child bearing years, we tend to have a lot of friends who are the same age as we are, and it would make sense that we go through some of life’s stages at the same time. You could make the same argument that weddings are contagious, too.

Did you get pregnant around the same time as your friends? Tell me in the comments.

The tone that your baby likes to hear